Robert McAlpin Williamson was born September 9, 1804 in Georgia to Judge William Peter Ballantine and Rebecca Ann McAlpin Williamson.  His mother Rebecca died when he was a baby.  He was well educated.  His legal career began in Georgia and he was admitted to the Georgia bar.  A family legend says that he left Georgia after a duel over the virtue of a woman.  His opponent was killed, but the woman did not want to have a relationship with him.  Williamson then moved to Texas in the mid 1820s and he settled in San Felipe de Austin where he is said to have become acquainted with William B. Travis.  After moving to Texas and settling in San Felipe, he served as city attorney and also as mayor.

END_OF_DOCUMENT_TOKEN_TO_BE_REPLACED

Posted by Texoso on January 31, 2019 in biography, county names, republic of texas 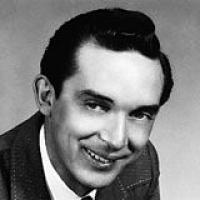 Born outside Perryville, Texas on January 12, 1926, Ray Price became one of the best known country singers of his era.  His parents were Walter Clifton and Clara Mae Bradley Price.  There were no other known children born to this union.  His parents divorced when he was only three years old, with his father remaining on the Wood County farm and his mother moving to Dallas and remarrying Dominic Cimini.  Ray spent time with both families at various times, mostly in Dallas where he graduated from Dallas Adamson.  Until World War II, Price attended North Texas Agricultural College (NTAC), formerly known as Arlington College and now known as University of Texas at Arlington.  He lied about his age and at 17, one year early, Ray enlisted in the United States Marine Corps in 1944, serving served in the Pacific until 1946.

END_OF_DOCUMENT_TOKEN_TO_BE_REPLACED

Posted by Texoso on January 24, 2019 in biography, entertainers, music

As early as the 1880s, supporters were wanting to place a memorial to those Texans who were killed in the Battle of San Jacinto.  On August 10, 1881, about forty-five years after the historic battle, the New Orleans Times-Picayune carried a story stating that such a monument had been completed by Messrs. A. Allen and Co.  The monument was complete except for the proposed engraving to be placed on it.  It was described as a plain square spire made of blue American marble, fifteen and a half feet high and was to be set on a two foot foundation, making the whole structure just under eighteen feet tall.

END_OF_DOCUMENT_TOKEN_TO_BE_REPLACED

Posted by Texoso on January 17, 2019 in republic of texas

Nathan/Nathaniel “Nat” Love was born into slavery but became a well known cowboy, even publishing a book on his life experiences, “The Life and Adventures of Nat Love, Better Known in the Cattle Country as ‘Deadwood Dick’.”  The book can be purchased or downloaded free from various sources.

END_OF_DOCUMENT_TOKEN_TO_BE_REPLACED

Posted by Texoso on January 10, 2019 in biography, black history

The Legacy of John Avery Lomax and Alan James Lomax

We first became acquainted with the name John Avery Lomax, Sr. when we found a 1942 recording of “Goodbye Old Paint,” which song is attributed to singing cowboy Charley Willis.  The following is a brief overview of the many achievements of John Avery Lomax and son Alan James Lomax.

END_OF_DOCUMENT_TOKEN_TO_BE_REPLACED

Posted by Texoso on January 3, 2019 in biography, black history