END_OF_DOCUMENT_TOKEN_TO_BE_REPLACED

Jack Lummus was posthumously awarded the Medal of Honor for his actions on the island of Iwo Jima during World War II.  According to a May, 1945 newspaper report based upon an interview with a fellow Marine, 1st Lt. Lummus was killed while leading an infantry and tank attack on the island on March 8, 1945.

END_OF_DOCUMENT_TOKEN_TO_BE_REPLACED

The former Carswell Air Force Base in Fort Worth was named for Horace Seaver Carswell, a Medal of Honor winner from North Texas. 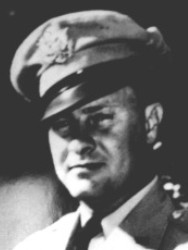 END_OF_DOCUMENT_TOKEN_TO_BE_REPLACED

Angelina Peyton Eberly is credited with having saved Austin as the capital of Texas by preventing the state archives from being removed to another location.  While her name may not be as familiar as others, her story is one worth knowing.

END_OF_DOCUMENT_TOKEN_TO_BE_REPLACED

Doris “Dorie” Miller was a true Texas hero.  He was classified as a Navy Messman on December 7, 1941, serving on the USS West Virginia, a battleship.  At the time, Messman was one of the few positions open to African American sailors.  Miller was solidly built, carrying over 200 lb. on his 6’3” frame.  He’d taken up boxing and was heavyweight champion of the West Virginia out of a crew of about 2,000.  The West Virginia was on station in in Hawaii at Pearl Harbor.  That morning, he woke at 0600, as was his custom.  He served breakfast mess and was still below deck collecting soiled laundry when the first torpedo hit the West Virginia just before 0800.  He heard and felt the explosion and immediately went to his battle station, an anti-aircraft gun near the heart of the ship.