Private Serna was born in 1896 in Chihuahua City, Mexico and came to work in the United States on his own in 1916.  He worked for the Atcheson Topeka and Santa Fe and later the Union Pacific railroads before settling in Colorado to work on a sugar beet farm.  He was picked up by Federal authorities checking draft status.  Serna chose to enlist in the Army, rather than being deported, at Fort Morgan, Colorado.  He then went on to Camp Funston, Kansas for his basic training.  Upon completion of basic, he was sent overseas in Company B, 255th Infantry, 89th Division.  The group became part of some of the fiercest battles of the war including Lucey Sector, St. Mihiel, Evenzin Sector and Meuse-Argonne.

Private Serna made it through the first weeks and months without injury, serving as a sharpshooter in his company.  He was cited for bravery at various times and then during the Meuse-Argonne offensive he received a shrapnel wound to the back and also caught a machine gun bullet in his leg.  After being hospitalized for five months, Serna received two of his decorations.  He was presented the Distinguished Service Cross by General John J. Pershing, then serving as commander in chief of the Allied Expeditionary Forces, and the French Croix de Guerre by Field Marshal Ferdinand Foch, supreme commander of the Allied troops.

His bravery in combat is described as follows: On September 12, 1918, during the battle of St. Mihiel, his unit came under heavy machine gun fire. An enemy gunner had caused the deaths of twelve members of his outfit.  Private Serna volunteered to try and locate the gunner.  Serna approached the enemy emplacement and was able to toss four hand grenades inside.  The ensuing blast killed six German soldiers, and Serna captured the remaining eight troops. Some two weeks later, his outfit was participating in the Meuse-Argonne offensive.  Private Serna again volunteered to scout out the area and spotted a German sniper.  He followed the sniper to a trench.  Armed with an Enfield rifle, pistol, and grenades, Serna single-handedly fired on the trench and tossed grenades while continually changing his location to evade the enemy troops.  In addition to fatally wounding some of the German soldiers, it led those who remained to believe that they were under attack by a larger force.  After some time, the survivors surrendered to Serna.  When the skirmish ended, Serna was credited with killing twenty-six enemy soldiers and taking another twenty-four German soldiers prisoner, despite receiving his  injuries.

After recovering from his wounds, Private Serna was transferred back to the United States in May of 1919, and served at Camp Bowie in Fort Worth until being discharged about a month later.  Serna moved to El Paso where he began working for a packing company before being hired by the Quartermaster Department at Fort Bliss.  During the time he was working at Fort Bliss, he received his other awards including a ceremony on August 30, 1919 that was held in connection with a visit to the area by Texas Governor William P. Hobby.

After leaving his job at Fort Bliss, Serna worked for the city water department in El Paso for another eleven years before returning to the Fort as a civilian employee, a plumber’s helper.  He finally retired in 1960. At one point in the 1920s, Serna had also lived in Arizona, during which time his home was burglarized.  A number of articles were stolen, including his original medals.  He credited a Dr. Cleofas Calleros who wrote to the War Department and explained the situation, resulting in the issuance to Serna of duplicate medals.  It was also noted at that time that he was eligible for but had never been awarded a Purple Heart for his combat wounds.  After review, he received this medal as well.  Serna became a naturalized United States citizen in 1924.

During World War I, it has been estimated that roughly 500,000 people who joined the United States armed forces were immigrants. According to the National Park Service, this amounted to around eighteen percent of United States troops. 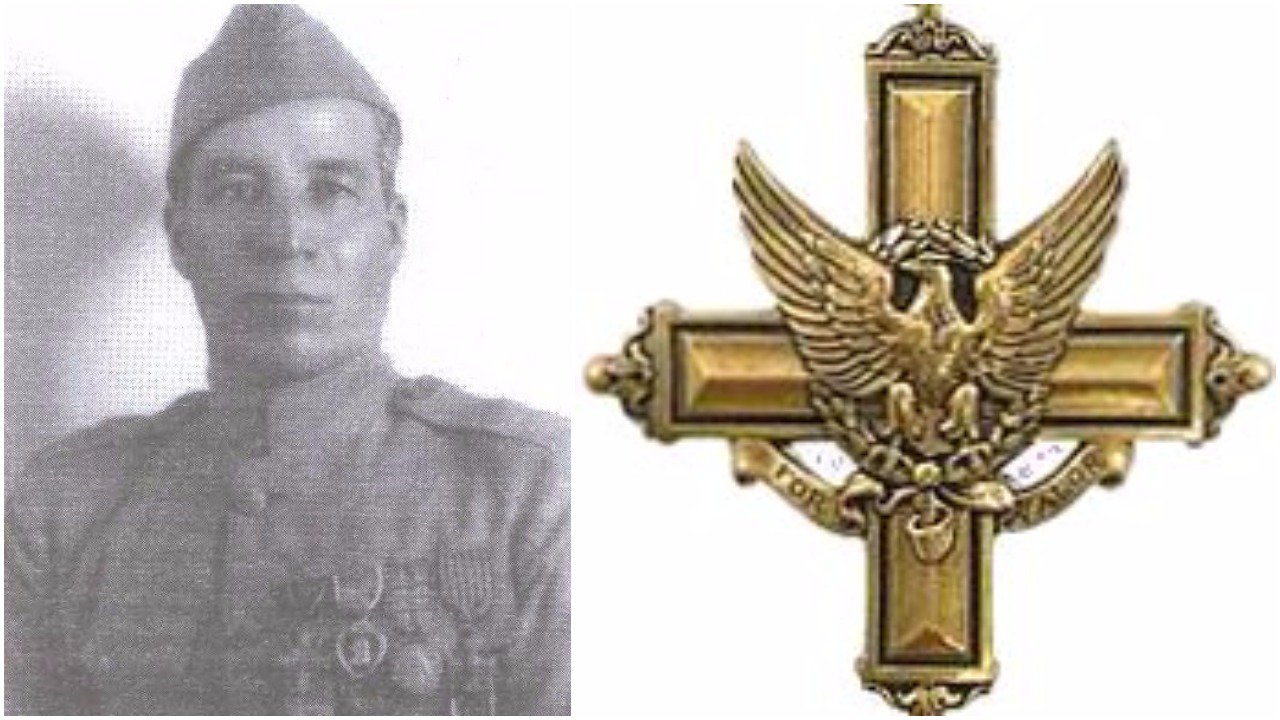 Private Serna recalled that shortly after arriving in France, his superior officers noted that he was not an American citizen and that his command of the English language was poor.  Serna was offered the opportunity to be discharged, but he declined.  Private Serna went on to become the most decorated soldier of Mexican descent to serve in World War I.  He was also the first of Mexican descent to be awarded the Distinguished Service Cross.

He married the former Simona Jimenez on July 1, 1922.  The couple had three children, none of whom lived more than about two years.  As of this writing, it does not apppear that the couple had any descendants who lived to adulthood.  Marcelino died in 1992 and Simona died in 1996.  Both are interred at the Fort Bliss National Cemetery.  There was a movement in the 1990s to posthumously award Private Serna the Medal of Honor, but it did not produce any results.