Dr. Junius Mottley was born in Virginia in 1812 to John P. and Mary Williams Elmore Mottley.  His ancestors came to Virginia from England in the 1600s.  Dr. Mottley received his medical education at Transylvania University in Lexington, Kentucky.  Transylvania was founded in 1780, was the first university in Kentucky and is still operating.  A number of early Texans have ties to Transylvania.  After completing his studies, he studied with a practicing physician in Kentucky by the name of Dr. Charles Hay.  Shortly after leaving Kentucky, Mottley moved to Texas in 1835.  He joined the Texas Army and served as Post Surgeon at Goliad.  Mottley was serving in that capacity in early 1836 when he was appointed as a delegate to the Constitutional Convention in Washington County.  Accordingly, he was a signer of the Texas Declaration of Independence.

At age 24, Dr. Mottley was the youngest man to sign the Texas Declaration of Independence in his capacity as delegate from Goliad.  Motley County in the Texas Panhandle is named for him, despite the dropping of one “t” from his name.  On the Declaration, his name was spelled with the “t” doubled and a line connecting them.

He was serving as aide-de-camp to T. J. Rusk and was one of the individuals who died from wounds suffered on the battlefield at the Battle of San Jacinto.  He died the night of the battle and was buried on the battlefield.  Although his actual burial location is likely lost to history, his name appears on the San Jacinto Battlefield Memorial in the San Jacinto Cemetery, along with eight other individuals including Benjamin Rice Brigham (the only fatality whose burial location was believed to be known with any certainty). 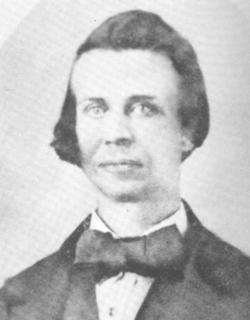 Motley County was formed in 1876.  It is now sparcely populated.  Its county seat is Matador, after the old Matador Ranch.  Dr. Mottley is believed to be the only one of his family in Texas at the time of his death.  According to traditional genealogy records, he never married.  He was survived by a number of siblings and half half siblings back in Virginia.  His mother passed away when he was young.