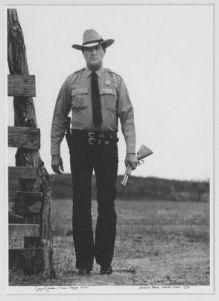 Jackson was a Texas Ranger during most of his law enforcement career, serving in the Uvalde area and later in Alpine.  He was born in 1935 and hired on with DPS briefly before becoming a Texas Ranger.  He served a total of 27 years with the Texas Rangers before retiring in 1993.

END_OF_DOCUMENT_TOKEN_TO_BE_REPLACED

Posted by Texoso on August 3, 2017 in biography, texas rangers

The 1935 election of James V. Allred as governor of Texas marked a turning point for the Texas Rangers as a law enforcement organization.  For several decades, the force had not kept up with the growth of crime in the Lone Star State.  There were a few bright spots, however, such as former Texas Ranger Frank Hamer’s 1934 stakeout and ambush of outlaws Bonnie and Clyde.  Although it had the effect of boosting the image of the Rangers that had deteriorated under earlier governors, the crime problems in the state still existed.

END_OF_DOCUMENT_TOKEN_TO_BE_REPLACED

Posted by Texoso on June 28, 2017 in governor, texas rangers 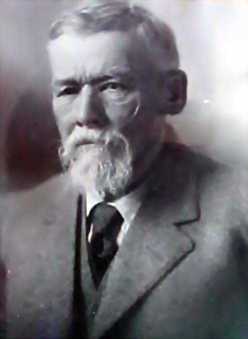 John Horton Slaughter, nicknamed “Texas John” Slaughter was born October 2, 1841 in what is now known as Sabine Parish, Louisiana.  His parents, Benjamin and Minerva Mabry Slaughter were living on a plantation there, before relocating to Texas.  He was raised in Texas and grew up working on a ranch with his father and brothers.  He joined the Texas Rangers shortly before the outset of the Civil War.  He then enlisted in the Confederate Army in 1862 and served until 1864 when he was sent home due to an unspecified illness.  Once he was able, he returned to serve in the Third Frontier Division of the Texas State Troops in Burnet County until the end of the war.

END_OF_DOCUMENT_TOKEN_TO_BE_REPLACED

Posted by Texoso on October 13, 2016 in biography, texas rangers 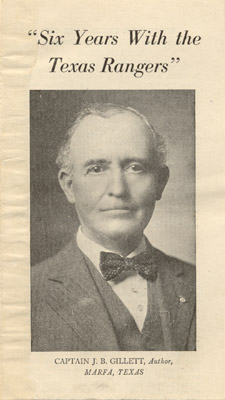 If you are looking for a good book about Texas history, Six Years With the Texas Rangers is very well written and quite interesting, first published in 1921.  Though James B. Gillett was a Ranger for only six years, these were some of the six most important years for the post-Reconstruction Rangers in the Frontier Battalion.

END_OF_DOCUMENT_TOKEN_TO_BE_REPLACED

Posted by Texoso on September 15, 2016 in biography, texas rangers

Ranger John B. Jones was born on December 11, 1834 to Col. Henry Jones and Nancy Elizabeth Robertson Jones in South Carolina, the only son of five children. The family moved to Texas in 1839, settling near current day Austin.  Mrs. Jones’ brother, Dr. Joseph William Robertson had settled in the area a couple of years earlier and at the time he was practicing medicine from a log cabin around what is now Congress Avenue between 3rd and 4th Streets in Austin.  Henry Jones had served in the militia and commanded a regiment under future President of the Republic Mirabeau B. Lamar.  He had fought at the battle of Plum Creek and others and was elected to the first Texas Legislature that convened in February, 1846.

END_OF_DOCUMENT_TOKEN_TO_BE_REPLACED

Posted by Texoso on August 4, 2016 in biography, texas rangers 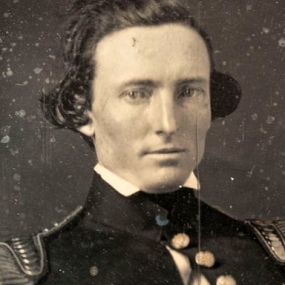 Samuel Hamilton “Sam” Walker is a Texas Ranger legend and is one of only about three dozen Rangers who are in the Texas Ranger Hall of Fame.  Sam was born in Maryland on February 24, 1817 and served as a soldier for most of his adult life.  His first recorded term was with the Washington City Volunteers (now Washington, D. C.) in a campaign against the Creek Indians in 1836.  It is believed that he then lived in Florida where he took a railway job until he moved to Texas in 1842.  He joined John Coffee “Jack” Hays’ Ranger outfit that same year, serving as a scout under Capt. Jesse Billingsley.

END_OF_DOCUMENT_TOKEN_TO_BE_REPLACED

It is hard to imagine reading about any of the key events surrounding the Texas Revolution and the times surrounding it without encountering the name of Creed Taylor.  Taylor was the son of a family of early Texas settlers.  Despite his youth, he is thought to have taken part in the following battles: the “Come and Take It” battle in Gonzalez, the Battle of Concepción, the Grass Fight, the Siege of Bexar, the Battle of San Jacinto and others.