The actress Irene Ryan was born Jesse Irene Noblitt on October 17, 1902 to James Merritt and Catherine J. McSharry Noblitt while her family was living in El Paso, Texas.  James was stationed at Fort Bliss and the family did not remain in Texas long, but El Paso has always claimed Irene.  The Noblitts lived off the base on Franklin Street near downtown.  Irene recounted that she was born at home.  James was a sergeant in the United States Army and soon after she was born, they moved to California.  Irene began entertaining when she was a teenager and recalled winning a talent contest when she was eleven years old.  When she was nineteen, she married actor Tim Ryan.  The couple appeared as Ryan and Noblette in vaudeville until that venue declined.  After this, the couple appeared on radio as Tim and Irene.  Ryan was a character actor who appeared in many films over the years, including From Here to Eternity (1953).  The couple was married for about 16 years, and had no children.  Ryan died in 1956 of a heart attack.

As early as 1935, Irene began appearing in films and she did so fairly regularly for the next twenty years.  She was married a second time to Harold Knox from about 1946  to 1961.  Knox worked in film production.  Irene and Harold were married about 15 years, and had no children.

In 1955, Irene appeared in one episode of the Danny Thomas show, Make Room for Daddy, and began a long list of appearances in some of the early series such as Wagon Train.  In 1962, she began appearing in her best known role, that of Granny, or Daisy Mae Moses, on the long running series The Beverly Hillbillies.  In the series, she played the mother in law of Buddy Ebsen’s character Jed Clampett, though she was actually a few years older than Ebsen.  In character as Granny, she made appearances on occasion on other series, including Mr. Ed and Petticoat Junction. 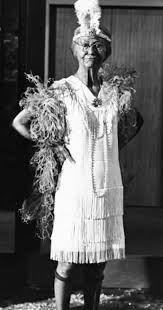 The series was a situation comedy created by Paul Henning and portrayed a rags to riches family, the Clampetts, as they found wealth due to the discovery of oil on their property in the Ozarks.  Once they accumulated some money, they decided to move to Beverly Hills, California.  The cast of characters included a small ensemble of family members including a greedy banker and his secretary.  The show was generally highly rated for most of its life and was cancelled by CBS along with other similar country-themed shows to make room for more urban oriented series.  When The Beverly Hillbillies was  cancelled in 1971, Irene had appeared in all 274 episodes with cast members Ebson (Jed), Donna Douglas (Elly May), and Max Baer, Jr. (Jethro) and was well known for her cantankerous character.  It inspired some other projects over the years, and some of the episodes can be found on DVD and cable television.

Over the years, Irene had made radio appearances on The Bob Hope Show and appeared with Hope on his USO Tours.  She also appeared from time to time as a celebrity contestant on the game show Password.  After the television series ended, she made two more appearances on Love, American Style and was co starring with Ben Vereen in the Bob Fosse Broadway musical Pippen.  She recalled her audition for Pippin.  Her character was supposed to be elderly and fat whereas Ryan was never more than about five feet two inches tall and weighed only about 100 pounds.  She got the part and began appearing eight times a week, thoroughly enjoying the role.  Irene was in this production when she took ill.  She was diagnosed with a brain tumor and suffered a stroke.  At age 70, she passed away at St. John’s Hospital in Santa Monica, California, with her official causes of death being glioblastoma and arteriosclerotic cartiovascular disease.

Irene had no heirs and about a year before her death, she established the Irene Ryan Foundation with her estate of about $1,000,000.  Her foundation provides acting scholarships to deserving students.

Irene would acknowledge that she had never been what would be considered a big star in entertainment but in 1963, she was quoted in a California newspaper interview as saying, “… But I loved show business, every minute of it.  Why?  To really love show business, you have to be OF it, not just IN it.  That’s me, honey.  I’m OF it.”