Dr. Marion Thomas Jenkins was the anesthesiologist who attended President John F. Kennedy at Parkland Hospital after the President was fatally wounded.  He was born in 1917 to Dr. Homer Jenkins, a country doctor, and Mrs. Ella Brooks Keasler Jenkins.  His father came from an unusually talented family of seven brothers, six of whom became doctors.  “Pepper” was a boyhood nickname that stayed with him throughout his career. 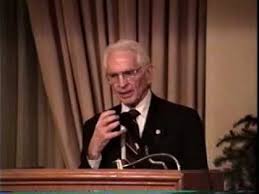 Dr. M. T. Jenkins was born in Hughes Springs, Texas.  He had received his undergraduate degree from University of Texas at Austin in 1937 and his medical degree from University of Texas Medical Branch in Galveston in 1940.  He served his internship at University of Kansas Hospital in Kansas City, Kansas in 1940 and 1941, his assistant residency at John Sealy Hospital in Galveston, Texas.  He served in the United States Navy in the Pacific in World War II from 1942 to 1946.  He then did a surgical residency at Parkland in 1946 and 1947 before training in anesthesiology at Massachusetts General in Boston in 1947 and 1948.  Dr. Jenkins became director of the Anesthesiology Department at Parkland in 1948 and began serving as chairman of the Anesthesiology Department at the medical school in 1951.

President Kennedy was fatally wounded by rifle fire in downtown Dallas on November 22, 1963.  In Dr. Jenkins’ sworn testimony, he stated that he was in the lunch room at Parkland when the call came over the loud speaker paging the Chief of Surgery, Dr. Tom Shires.  This was unusual, he observed, and Dr. Shires was not in the lunch room, so another doctor picked up the phone, inquired and was told “The President has been shot and is on his way to the hospital.”  About the same time, they began to hear the sirens of the emergency vehicles as they neared the Parkland Emergency Room.  Dr. Jenkins says he then ran up to the Anesthesiology Department, one floor up, notified the staff and requested that they bring all their equipment down to the Emergency Room.  The Emergency Room was fully equipped, but they were accustomed to working with their own equipment.

Dr. Jenkins went on to describe the President’s condition in detail, the medical procedures that were performed and the names of the personnel who acted.  He reported that there the President initially had no pulse and they began the closed chest cardiac massage.  He also reported on the wounds that he observed in the President’s neck and skull.

The President was pronounced medically dead at about 1:00 PM and priests were allowed in to perform the Last Rites.  He recalled the solemnity of the occasion.

Dr. Jenkins was also on duty when Lee Harvey Oswald, the accused assassin, was brought to Parkland after his own fatal gunshot wound.  He later attended Jack Ruby in prison.

Dr. Jenkins spoke about his role and the events during those days around the time of the assassination.  Sometimes people would remark that it sounded like he was the only one there.  His response to this was when he is in the operating room, he has “tunnel vision” because he is so focused on his responsibilities.

Dr. Jenkins was an adviser on the Oliver Stone movie “JFK” and played a minor part in the film.  He was interviewed in two other documentaries.  He reportedly did not favor any of the many popular conspiracy theories, and that he believed that the Secret Service’s insistence on the removal of the President’s body to Washington, D. C. greatly contributed to the confusion about the assassination and interfered with knowing exactly what happened during the attack.

It was his opinion that the President’s neck wound by itself might have been survivable but that the head wound was not survivable.  He recalled seeing Mrs. Kennedy in and out of the Emergency Room.

During his career, he and a colleague helped to pioneer the administering of intravenous saline solution during surgery.  When patients had a strong blood pressure and pulse, the procedure tended to reduce the need for blood transfusions.  Dr. Jenkins died from complications of stomach cancer in 1994.  He was interred at Restland Memorial Park in Dallas and was survived by his three children, two of whom were also doctors.  His many honors include a professorship in his name at University of Texas Southwestern Medical School.

Posted by Texoso on October 18, 2018 in biography, jfk assassination